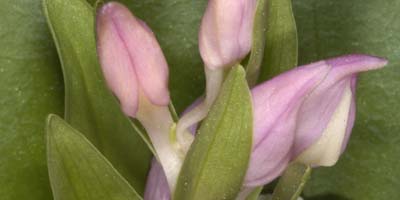 The 1707.6-acre Watson-Cooper Heritage preserve is part of the Mountain Bridge Wilderness and Recreation Area (MBWRA). The purpose of the MBWRA is to link the watersheds of Table Rock Reservoir and Poinsette Reservoir with an unbroken chain of undeveloped mountain land. A portion of this property was purchased with assistance from The Nature Conservancy.

Several unmarked trails and abandoned logging roads provide access to other parts of the rugged mountain terrain. The Caesars Head Spur Trail of the Foothills Trail passes through Watson-Cooper Heritage Preserve, making use of closed and restricted use roads. The Foothills Trail begins in the western part of the state at Oconee State Park and goes east through the Sumter National Forest, the Jocassee parts of the MBWRA. Day hikes and backpack camping are allowed along many of the trails on the Watson Heritage Preserve. Campsites must be at least 100' from closed roads, streams or trails. Only dead wood can be used for campfires.

The Watson-Cooper Heritage Preserve is part of the Caesars Head Wildlife Management Area in Game Zone 1, and is open to hunting in accordance with WMA regulations. Julian Creek and Matthews Creek, two native brook trout streams, are here. They are two of the few mountain streams in South Carolina that have a population of brook trout, the state's only native trout species. Fishing in these streams is allowed with special restrictions. Catch and release is encouraged.

Natural History
This preserve has the only montane bog habitat in South Carolina. The only S.C. population of swamp pink (Helonias bullata) occurs in this habitat. Swamp pink is a federal threatened species. Other rare plants that grow there include climbing fern (Lygodium palmatum) and painted trillium (Trillium undulatum). At least six other rare and significant plants occur on the preserve. The preserve is also home to uncommon fauna including the Appalachian cottontail, eastern woodrats, star-nosed moles, and black-nosed dace.