Closed except for prearranged tours. 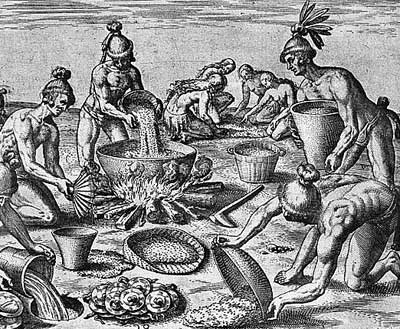 Owned and managed by the SC Department of Natural Resources, Buzzard's Island Heritage Preserve contains a shell ring that represents our earliest look at coastal dwellers in South Carolina. It's one of approximately 20 such rings in the state dating from roughly 4,500 - 3,000 B.P.

Shell rings occur along the coast and are close to tidal creeks. They were created during the Late Archaic Period 5,000 - 3,000 years ago. Archaeological work indicates that during this period, human groups made extensive use of coastal resources, particularly shellfish. The remains of the shellfish helped form the shell rings.

Shells change the ph of soils in midden deposits and allow for the preservation of organic remains generally not sealed in the archaeological record because of humid climates and acidic soils. Middens are accumulated refuse from various human activities that include a mixture of soil, the remains of food prepared from both animals and plants, shells and discarded or lost artifacts. From these middens, archaeologists can reconstruct past human activities and environments.