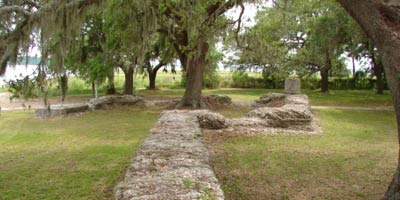 Fort Frederick Heritage Preserve is a 3-acre property owned by the SC Department of Natural Resources and located in Port Royal, Beaufort County, SC. Fort Frederick is the oldest surviving tabby fort in South Carolina, and the oldest known tabby structure in Beaufort County. Built by the British colonial government between 1733 and 1735, its most important contribution to history was over one hundred years later on Jan. 1, 1863 when people walked across a dock over the top of Fort Frederick to hear the first reading of the Emancipation Proclamation in the Southern states. Fort Frederick now serves as a concrete monument and memorial to an incredible moment in American history.

In 1999, the site was acquired and dedicated as a Heritage Preserve by the SCDNR with funds from the National Park Service's Federal Lands to Parks Program and funds from the DNR's Heritage Land Trust Fund. In 2017, the preserve was included in the Reconstruction Era National Historical Park.

Artifact collection, digging and metal detecting are not allowed on the preserve. Climbing or walking on the fort leads to deterioration of this fragile cultural resource, so please stay off the structure.