'Town of Hilton Head' is the property Owner and has a cooperative partnership with SCDNR to manage this property. 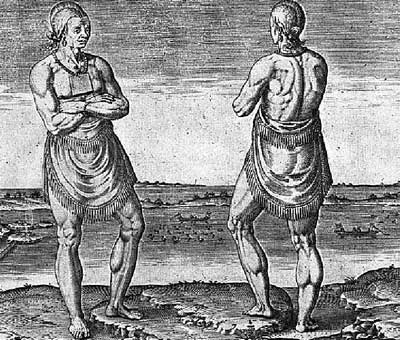 The 3-acre Greens Shell Enclosure Heritage Preserve is an archaeological site dating back to 1335 A.D. In 1991, the preserve was purchased with funds from the Heritage Trust Program and a grant from the South Carolina Department of Parks, Recreation and Tourism. Today the preserve is managed by the South Carolina Department of Natural Resources, The Town of Hilton Head Island and the Environmental and Historical Museum of Hilton Head Island. The preserve is a passive park focusing on archaeological features.

Cultural History
Greens Shell Enclosure, a low earthen embankment, is two to six feet high, and 30-feet wide at the base. During the Irene period, 1300 to 1450 A.D., this two-acre shell and earthen embankment was a fortified village with defensive features like enclosures, palisades and ditches.

The Native American inhabitants of Greens Shell Enclosure were farmers who lived in large villages. They used shell to make gorgets, masks, beads and for religious rituals. The inhabitants used whelk and conch shells to drink "Black Drink."

Their ritual beverage, "Black Drink," was made from the plant Ilex vomitoria, more commonly known as Cassina, which still grows on the preserve.

Not only did these villagers make items from shells for personal use, these popular shell products were also traded far into the interior of the eastern United States.